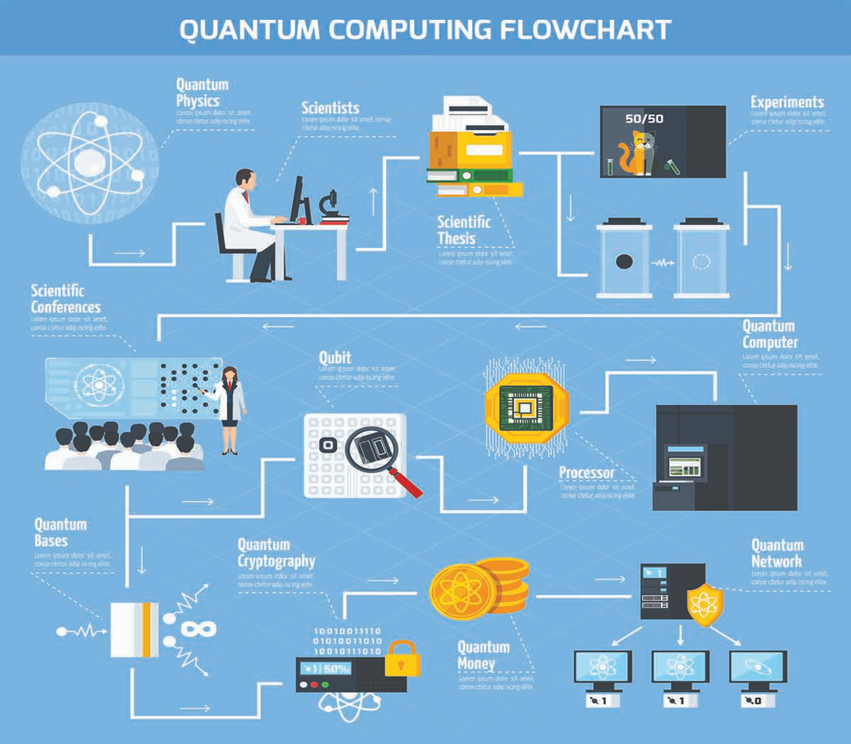 During May 2017, a National Review report was presented to the white house addressing the global quantum computing arms race in a clear statement:

“Let’s make no mistake: the competition for a quantum computing is the new arms race. The competition to create the first large-scale quantum computer is heating up. The country that develops one first will have the ability to cripple militaries and topple the global economy…To deter such activity, and to ensure our security, the United States must win this new race to the quantum-computer revolution” 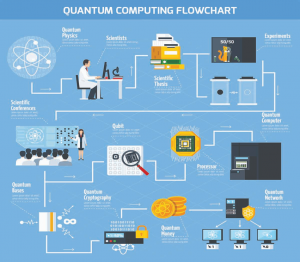 Quantum computers rely on naturally occurring quantum-mechanical phenomena — basically, two important states of matter known as superposition and entanglement. These states of matter, when harnessed for computing purposes, can speed up the ability to perform computations on complex sets of data. The important distinction here is that quantum computers are different from traditional computers, which are transistor based binary digital computers. A quantum computer works with particles that can be in superposition. Rather than representing bits, such particles which replace transistors represent qubits, which can take on the value 0, or 1, or both simultaneously.

Each qubit can be entangled with the other qubits in the QC. The intertwining of quantum “states” exponentially increases the number of 0s and 1s that can be simultaneously processed by an array of qubits.

We are in the midst of a “Quantum Computing Race“

We are during a “Quantum Computing Race”, one that will result in ground-breaking computing power that surpasses the performance of digital supercomputers. The quantum computing technologies have the potential to change long-held dynamics in the world of computing. In a way, that was unheard of five years ago, quantum physicists are now partnering with industry to develop quantum computers as the foundation of the second information age.

Realizing quantum computing capability demands that hardware efforts would be augmented by the development of quantum software to obtain optimized quantum algorithms able to solve problems of interest.

Driven by the need to survive, eighteen of the world’s largest corporations like Intel, IBM, Google, Microsoft and Ali Baba shown in front of you and dozens of government agencies are working on quantum processor technologies and/or quantum software or partnering with the quantum industry pioneers like the Canadian D-Wave.

The fierce competition at the national and academic level is leading to a race for quantum supremacy. The competitors are all worthy of respect, especially because they are striving for supremacy not just over each other, but over a problem so big and so complex, that anybody’s success is everybody’s success. 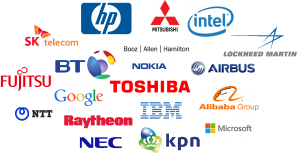 Why it’s so important to win?

Quantum computers can deal with exponentially greater levels of complexity than the most powerful super computer. Problems that would take a super-computer the age of our universe to solve, can, in theory, be solved by a universal quantum computer in days or hours.

“Quantum computing has the potential to revolutionize the entire IT sector and, in turn, all other areas of industry. This technology is as yet still in the early stage ……but it harbors vast potential.” (J. Brecht, CIO at Daimler)

What are the applications of Quantum Computing?

The enormous potential of quantum computing is undeniable, and the hardware needed to harness it is advancing fast.  If there were ever a perfect time to bend your brain around quantum computing, it’s now.

Viva la revolución- the dawn of the 4th industrial revolution