As technology continues on this never-ending path of progression, and the production of machines exponentially increases, one thing is evident: the capabilities of machines are growing increasingly stronger. One may question however, where do the limits stand for these limitless machines?

At Amazon’s US warehouses, you can find over 100,000 robots stationed alongside more than 125,000 employees. This is still good news for Amazon’s workers compared to other companies, where their robots already outnumber their human labor. Take Fanuc Plant in Oshino, Japan, for example. Industrial robots are being produced by industrial robots, which is all being supervised by a staff of four workers per shift. In the Netherlands at a Philips plant that produces electric razors, robots outnumber the production workers by more than 14 to 1. The iconic camera producer and multinational corporation, Canon, has been phasing out human labor at many of its factories since 2013.

The “lights out” concept, which is more often called dark factory, is more relevant now than ever. This coined term has been described as having all manufacturing-related actives, including material flows, fully automated, and therefore requiring no human presence on site. Shifting to a fully equipped, automated workplace will potentially improve the quality of production, as it reduces room for potential errors made by human labor. It also immensely cuts manufacturing costs by replacing the staff with much more affordable machines.

According the report, global competition in the manufacturing sector is becoming fiercer; during the next few decades, businesses will establish global networks that incorporate their machinery, warehousing systems and production facilities in the shape of cyber-physical systems. In the manufacturing environment, these cyber-physical systems comprise smart machines, storage systems and production facilities capable of autonomously exchanging information, triggering actions and controlling each other independently. On one hand, these changes add to the traditional business pressure of manufacturers, but on the other hand also offer unprecedented opportunities to optimize the production and manufacturing processes.

Industry 4.0 facilitates fundamental improvements in the industrial processes involved in manufacturing, engineering, material purchasing and usage, supply chain and life cycle management, predictive maintenance and real-time management overview. The smart factories that have already appeared across most industries employ a completely novel approach to production. Industry 4.0 Market Research’s report explains how smart products are uniquely identifiable, they can be located at all times, know their own history, current status and alternative routes to achieving their target state.  Indeed, robots are gaining incredible momentum as they grow smarter over time. Most of the earlier robots were programmed to mainly repeat certain movements or commands over and over. Today, robots are capable of integrating information from multiple sensors while adapting their movements in real time. This enables robots to utilize force-feedback, meaning that the robots can imitate the skills that employees acquired overtime, and carry out the functions as needed in real-time. The impressive capabilities of robots does not end here. With the integration and implementation of big data, robots can learn of potential mistakes, and that of previous ones, and therefore surpass the professionalism of real experts in the delivery of the end product.

It seems that the bottom line is this: Industries that robotize increase output. However, what does this mean for employees? What consequences do employees face with the increase in the installation of robots across industries? Experts have always been saying that robots will eventually “take over”, perhaps they meant starting with our jobs. 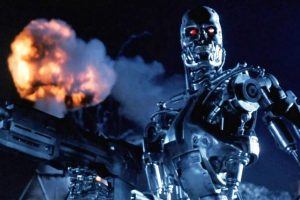