Top
Industry 40 ResearchBlog From 10,000 Years Down To 200 Seconds: Quantum Supremacy Has Been Proven! 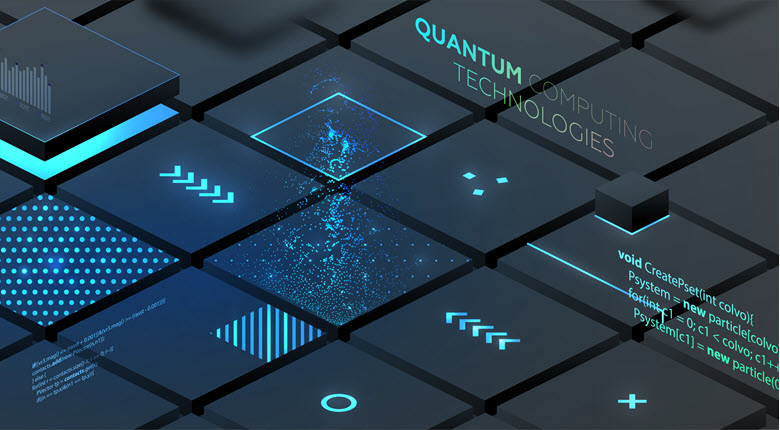 It’s official! Last Wednesday Google announced that its quantum computer Sycamore has proven the scientific theory of “quantum supremacy”. It was all made possible thanks to the United States’ unparalleled ecosystem of innovation, which included a cooperation between America’s academia, the private sector, and the federal government.

United States Chief Technology Officer Michael Kratsios recently wrote an op-ed titled “How America Achieved ‘Quantum Supremacy”. In the article Kratsois explains, “No one entity could have achieved this historic milestone on its own. Instead, academic, industrial, and government teams worked together from the bottom up to push the boundaries of science and unlock new potential for human advancement.”

Indeed, in order for Google to prove the theory of quantum supremacy, their research team turned to the  Energy Department National Laboratories, National Science Foundation (NSF), including universities supported by the NSF, such as the University of California at Santa Barbara, National Institute of Standards and Technology (NIST), NASA, Defense Department, and many other federal agencies and programs that contributed to the quantum supremacy effort.

In 2018, President Trump signed the National Quantum Initiative Act, which provides strong support for quantum R&D across the federal government and established the first-ever coordination office to harmonize and strengthen quantum policies administration-wide. The law also directs NIST to establish and expand quantum consortia with the private sector, academia, and federal laboratories. This will enable the US as a whole to make more discoveries and develop the quantum technological base for the future high-tech economy.

According to Google, Sycamore can perform tasks that by far surpass what classical computers are capable of; Sycamore displayed an algorithm that becomes exponentially more difficult for classical computers to emulate as the number of quantum bits increases. In fact, Sycamore performed a calculation in 200 seconds that would take a state- of the -art classical supercomputer around 10,000 years to achieve.

This is certainly fascinating news, and probably makes one wonder, how will this affect the Bitcoin industry?

According to a recent article-  “3 MILLION BITCOIN IN 2 SECONDS: GOOGLE QUANTUM COMPUTER”, there are less than three million Bitcoin that have yet to be mined, and the process shouldn’t take less than 120 years. However, according to this article, some are claiming that Google’s quantum computer Sycamore could possibly acquire the remaining 3 million BTC in a matter of seconds, approximately 2 to be more precise. Although this may be true, Google will most likely refrain from doing so, as its device is still operating in laboratory conditions.

Vitalik Buterin, co-founder of Ethereum and of Bitcoin Magazine, recently expressed his thoughts on Sycamore. Buterin stated that Google’s quantum computer is not really a threat to crypto coins since the device is just a proof of concept and will not threaten the current encryption technology.

There are a few hard critics that challenge Google’s claim of achieving quantum supremacy. For example, IBM has recently argued that the same task can be performed on a classical system in a matter of 2.5 days with far greater fidelity, and not 10,000 years, as stated by Google.

The following is an excerpt from a recent article published by IBM:

“This particular notion of “quantum supremacy” is based on executing a random quantum circuit of a size infeasible for simulation with any available classical computer. Specifically, the paper shows a computational experiment over a 53-qubit quantum processor that implements an impressively large two-qubit gate quantum circuit of depth 20, with 430 two-qubit and 1,113 single-qubit gates, and with predicted total fidelity of 0.2%. Their classical simulation estimate of 10,000 years is based on the observation that the RAM memory requirement to store the full state vector in a Schrödinger-type simulation would be prohibitive, and thus one needs to resort to a Schrödinger-Feynman simulation that trades off space for time.”

Whether quantum supremacy was really proven or only slightly, it is evident that something spectacular is on the rise. As Albert Einstein put it, “Only those who attempt the absurd can achieve the impossible.” Let us continue attempting the absurd.

Has an AI Company Finally Found a Solution to Global Food Waste?

Moving on Up! 5G will Pave the Way for a More Connected Industry 4.0